John Lennon Was My First Love 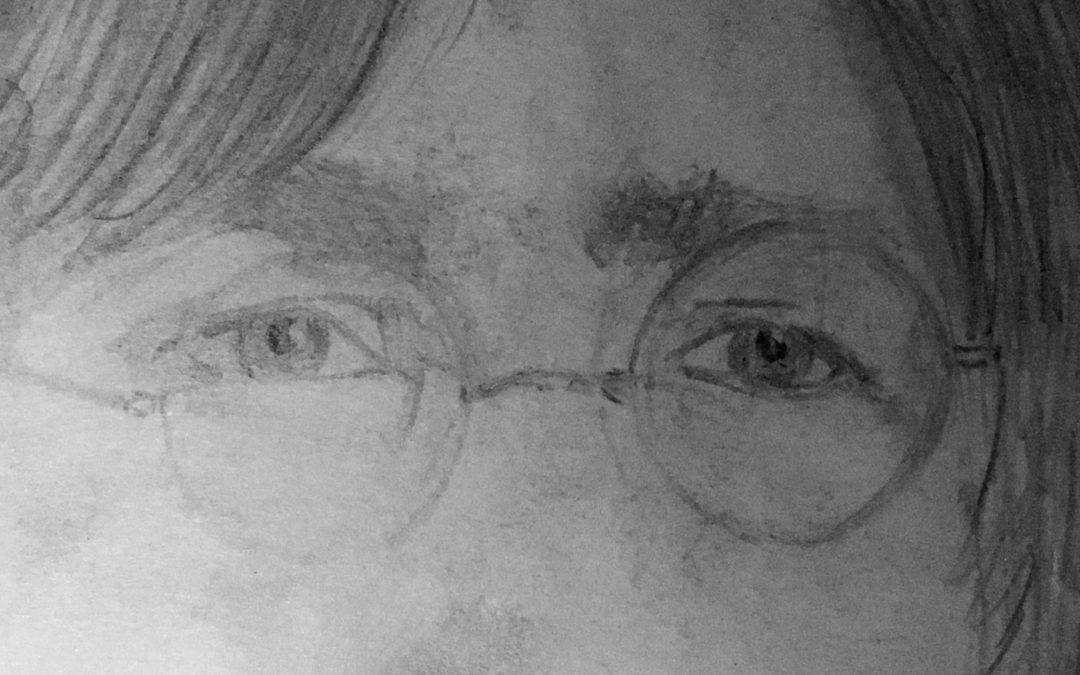 Now we all know John Lennon is a legend, an icon and a famous campaigner for peace. But none of that is why I love him. In fact, quite a lot of that stuff is distracting.

Why I’m writing about John Lennon in this blog is simply because I just like his songs. A lot.

Along with the other Beatles, he was the person who inspired me in the first place, to try and write my own. As such, he holds a pre-eminent position in the place I call The Fishpie Sky.  From there, he and all my songwriting heroes look down at me, challenging me to write a song even half as good as theirs. And, among them all, John Lennon is the definitive beacon.

From the first time I saw The Beatles on black and white TV back in 1963, John Lennon was my favourite. There was something about the head-back, legs-bent stance he struck at the microphone that set him apart from the other Fabs. And of course it was also the voice that held you; it snarled, spat and gravelled its way through songs like Twist and Shout, You Can’t Do That and Money. His was a genuinely magnetic voice that made you thank God for rock’n’roll.

But as time went on and the initial rush of Beatlemania waned, it was the songs themselves that kept you hooked.  Not only were they a diary of his fellow generation’s lives, his song’s reached and touched the inner man. John’s songs had depth to them. They were intimate and real.

Below are 6 video links to individual Lennon songs, each one illustrating the different periods of his songwriting. In the main I’ve chosen performances, not by him or the Beatles, but by others. I hope these less familiar versions underline the fact that John’s songs have stood the test of time and stand up as brilliant songs in their own right.

Simply put, beyond Beatlemania, beyond fame and beyond the iconic legend John Lennon became, are the songs themselves.

John’s first self-penned hit-song, and the Beatles first No1 in the UK, was Please Please Me. When he wrote this song, he was like any other testoterone-ridden fella; what mattered to him the most, and also to the band’s growing teenage fan base, was the opposite sex.

In the mind of many a teenage girl, each song conjured the fantasy and even the remote possibility that a Beatle might kiss her or date her or marry her. Flirtation was the electricity running through those early Beatles tunes. Lennon, with McCartney, knew how to press that particular button.

But even if our love affair with the Beatles started with the exuberance of the oohs and yeah-yeah-yeahs that punctuated those early hits records, Lennon’s songs soon began to reflect on the uncertainties and darker aspects of love.

We see vulnerability in If I Fell, secret forbidden love in You’ve Got to Hide Your Love Away, and rejection in songs like No Reply and Ticket To Ride.

John’s trait for revealing something of his own vulnerability really began to show more overtly in songs like I’m a Loser, Nowhere Man, and In My Life.  Even the Beatles’ jaunty rendition of their ninth number-one hit-single disguised the fact, as Lennon admitted some years later, that Help was actually a genuine cry for it. Feeling less self-assured and less confident about himself, John was becoming more inner directed.

All You Need is Love

In the psychedelic years of 1966 and 1967, fuelled by dope and acid, Lennon went deeper into his mind seeking ways to expand it and find the answer to it all. In songs like I’m Only Sleeping, Rain and Tomorrow Never Knows, Lennon’s mind meandered through time and space in a slow-motion haze. With the Sgt. Pepper album, Lennon found an even more vivid way of capturing his experiences with Strawberry Fields Forever, Lucy in the Sky with Diamonds and A Day In The Life, each song conjuring mind-states and landscapes of limitless mysticism.

In Across the Universe Lennon describes something of the journey he was undertaking; “Words are flying out like endless rain into a paper cup. They slither as they pass, they make their way Across the Universe”. A universe away indeed from “She Loves You, Yeah Yeah Yeah”

And of course All You Need Is Love, almost more than any other song, summed up the philosophy of the time. In this five word phrase, as pithy and to the point as any slogan written before or since, Lennon had nailed it for his generation once again.

In 1968 however, Lennon surfaced from his inner-mind an angrier man.

He looked around, disillusioned with both the state of the world and with the state of The Beatles. Ironically, he emerged from six weeks of tranquility-seeking meditation in India with a new clutch of harsher and angrier songs. Revolution, I’m So Tired, Sexy Sadie, Yer Blues and Happiness is a Warm Gun brought us up with a jolt.

While Paul wanted to protect us with the charm and cotton wool of Honey Pie, Rocky Racoon and Martha My Dear, Lennon was prepared to let the cold, harsh reality of student riots, war and violence enter into the cosy world of the Fabs. John’s aggression came to the fore as he sang, “I even hate my rock’n’roll”. Lennon’s mood was again reflecting the changed and charged atmosphere of the times.

The following year, much of his music embraced minimalism. Don’t Let Me Down and I Want You (She’s So Heavy) were direct, brutal and repetitive expressions of his love for Yoko Ono. In the first Plastic Ono Band single, Lennon sings, “Everybody’s talking about This’ism and That’ism; all we are saying is Give Peace a Chance”. Cold Turkey too, a song about withdrawal from cocaine, was as candid and as uncomfortable a song to listen to as there had ever been until that point.

This thrust towards unadorned directness found its ultimate expression in Lennon’s first post-Beatles solo album; John Lennon Plastic Ono Band. This 1970 album was the natural conclusion to the no-nonsense phase in Lennon’s writing. His lyrics were stripped back. The simple and basic musical arrangements of Mother, I Found Out, Working Class Hero, Love and God exposed to the whole world the deep pain from childhood that Lennon had been harbouring secretly for much of his life.

This was a man laid bare. And Lennon’s directness resonated with many of us.

If John’s work had become too heavy and personal for some, his next album from 1971 restored him as one of Pop’s most able and accessible tunesmiths.

The Imagine album covered a breadth of Lennon styles, from the upbeat Oh Yoko, to the tender Oh My Love, to the possessive Jealous Guy and the vicious How Do You Sleep? And there, right at the beginning of the album, the most famous of so many famous John Lennon songs, Imagine; the last of his three great “biblical” tunes.

While All You Need is Love and Give Peace a Chance bordered on pure sloganeering, Imagine pondered on the possibility of our Utopian dreams. This iconic song, whilst knowingly optimistic, endeared itself to our collective better selves.

Grow Old Along With Me

Because of the poignancy that his murder bestows on John’s final work in 1980, it is difficult to judge the quality of the songs from the Double Fantasy and Milk and Honey LP’s.

But here was Lennon at the age of 40, still capturing what mattered to us most.

Beautiful Boy gives fathers what is, for many, the ultimate father-to-son song. Inspired by Yoko, Woman is a song of gratitude towards and appreciation of Womankind in general. And based on Robert Browning’s poem, Grow Old Along with Me is Lennon’s last great beautiful melody; a love song looking towards old age with optimism and hope. Family, fatherhood, and growing old are fundamental to the human condition and Lennon, once again, found the songs to crystallise everything.

Thank you John Lennon for many many hours of sheer unadorned musical joy. You are much missed. It was you who kicked off my own songwriting and I’m very grateful that I’ve been able to pay you a modest tribute in my song, The Song’s the Thing. (If any of you fancy giving it a listen, you’ll find it here on my Home Page. Once there, just scroll down to the Lyric Video.)

Until the next Blog. Fishpie.